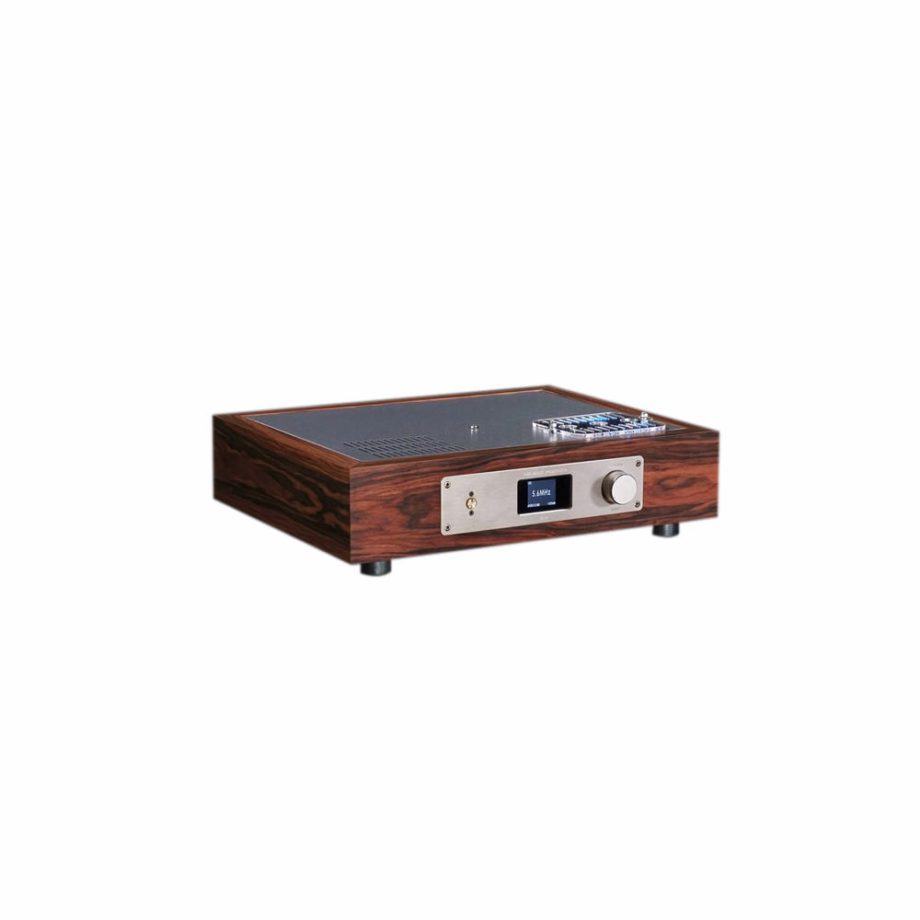 Features
Today, a computer audio system can help users store tens of thousands of music tracks, with many advantages compared to conventional CDs. This system allows players to easily manage and play high-quality digital music using software and apps for playing and sharing music online, and wireless control with smart devices such as smartphones, tablets, personal music players … all with relatively good quality.

Since 2013, ThivanLabs, with a desire to create the best experience from combining sophisticated lamp sound and digital technology, has studied and launched the DAC Tube Music Processor (TMP) product line. ThivanLabs’ DAC (digital to analog converter) is a digital-to-analog converter that has been researched and manufactured with a significance enhancement for the audio output with electronic light to produce the best music quality.

– The standard version of TMP 9038 Anniversary

“Digital as Analog” is ThivanLabs’ core design concept for DAC products – an advantage that helps these products stand out in the market of high quality digital audio.

Factors contributed to the special sound quality of Thivan TMP 9038:

Most of the DAC 9038s available on the market use buffers. The output for DAC9038 chip is a semiconductor with a very deep negative feedback, which brings about rather clean sounds, yet filters out harmonies from 9038 chip, resulting in the loss of instrument and vocal naturalistic sounds. Therefore, many users unfavorably respond to DACs of this new chip saying that the sound is too “Digital”, emotionless and dry!!

With the combination of an electronic light, the DAC Tube Music Processor – 9038 has been engineered to deliver sound smoothness and authenticity, preserving the true integrity of sound!

In Thivan’s TMP 9038, for source processing, the audio output is considerately invested with 12AU7 and EL84 tubes using the Single Ended circuit. The entire circuit is designed to run Class A without negative feedback to maximize sound details and music of ES9038 chip, every note of the song or voice vibration of the vocalist is preserved and transmitted as faithfully as possible.

DAC is equipped with a display screen with intelligent custom functions that make it easier to use.