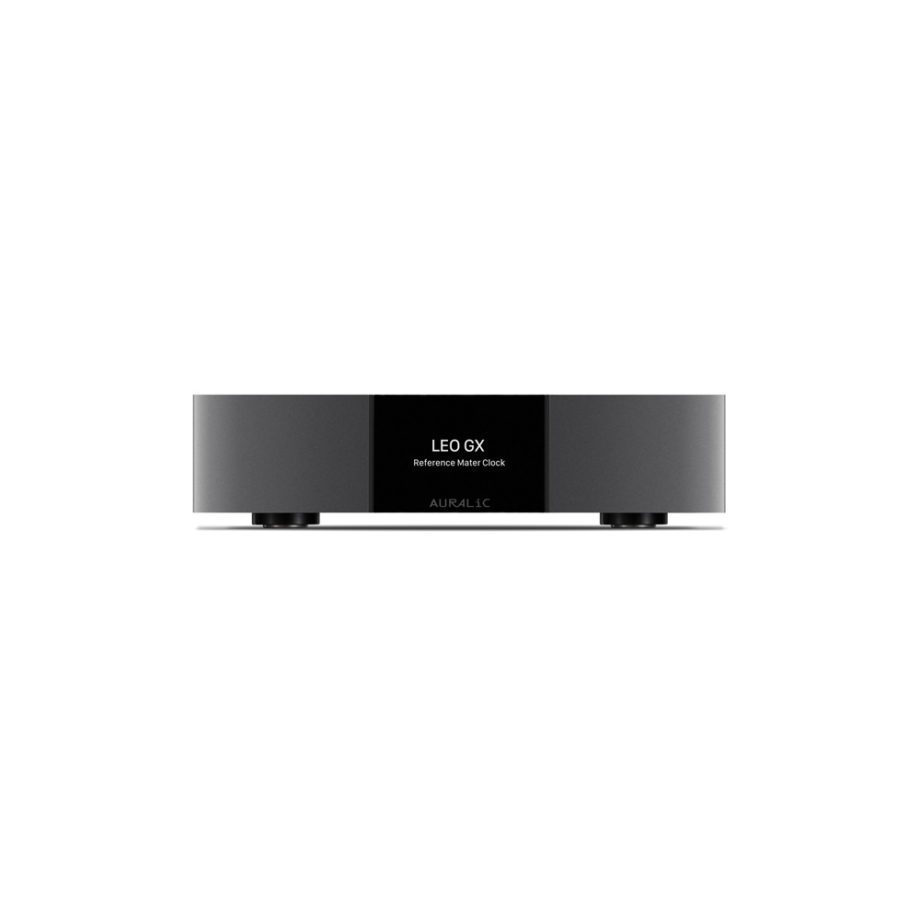 AURALiC Introduces LEO GX Reference Master Clock at High End Munich 2018
Enhancing its reputation for innovative devices, AURALiC builds a one-of-a-kind Reference Master Clock for G series products High End – Munich Germany – 10th May 2018 – AURALiC has a habit of debuting its latest and greatest in Munich, and this year is no exception.

But LEO GX is very different from traditional audio reference clocks that offer a signal for other devices to synchronize their own clocks with. In fact, it’s an entirely new type of dedicated clocking component that serves as a complete DAC clock replacement, and it’s capable of catapulting system performance into the stratosphere. 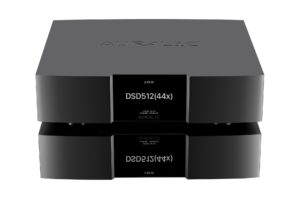 A breakthrough in digital system clocking

As digital music formats and system components march ever forward in quality and capabilities, high-end audio systems increasingly rely on the precision of their clocks to keep the digital realm in order.

The greater dynamic range of high resolution files for example is only realized with the help of modern clocks that are capable of working frequencies nearly ten times higher than what was common just a handful of years ago. However, today’s high-frequency DAC clocks are costlier and much harder to design and build than ever before.

Even systems that make use of traditional external clock generators (10MHz reference clocks or sampling frequency word clocks for example) are limited by the performance of the DAC’s own internal clock. The DAC can reference the external component to create its clock signal using PLL circuitry, but it can never resolve that signal more precisely than its own clocking mechanism (usually based on a crystal oscillator) allows. 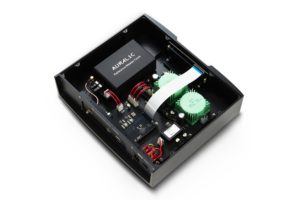 AURALiC’s LEO GX, working in conjunction with the VEGA G2 Streaming DAC, takes a radically new approach to the entire concept of system clocking. Now, for the first time ever, a high-end DAC can work directly from the signal delivered by the Master Clock. Never before has it been possible to bypass a DAC’s clock entirely, in favor of the extreme precision of a dedicated, external master clock in this way.

The interplay between LEO GX and VEGA G2 is an entirely new, potentially revolutionary model of system clocking — one that delivers on high-resolution’s promise of better-than-ever dynamic range, enhanced signal-to-noise ratios, and disappearing distortion.

Leo GX applies all the engineering tips & tricks of its G Series brethren to the singular task of providing the perfect environment for one of the most advanced clocks available in high-end audio. LEO GX is in fact two clocks, each temperature-controlled for consistent performance and dedicated to establishing extremely precise working frequencies for 44.1K-based signals and 48K-based signals. The exact operating frequencies of these clocks are 90.3168MHz and 98.304MHz respectively — astonishing numbers that reflect the kind of performance that AURALiC is aiming for with the LEO GX.

The familiar Unity Chassis found in G Series products keeps this Reference Master Clock well-shielded from EMI noise, and its specially designed foot spikes dampen and absorb vibrations. LEO GX is also built with two of AURALiC’s super-quiet Purer-Power linear power circuits: one for the clocks, one for the control. A new optical isolation technology makes an appearance as well, sending control signals via fiber optic cable in order to keep internal systems separate, and to minimize physical connections. 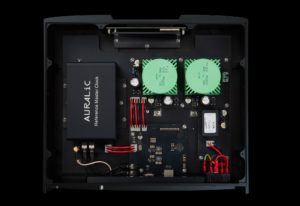 A huge advantage for LEO GX comes from the direct-feed nature of its implementation: there’s no need for noisy PLL (phase lock loop) circuits in the system. Since G Series DACs like the VEGA G2 work directly from LEO GX’s signal, there’s never any need to “lock” onto anything, and PLL’s are conspicuously absent.

The LEO GX is such a precise clock, running at such a high frequency, that not all connectivity is up to the task of adequately delivering its feed. To help users address that issue, AURALiC has decided to offer LEO GX in two versions.

The LEO GX (Premium) includes a special clock cable developed by AURALiC and made from 60GHz bandwidth military aerospace-grade material and connectors. The cable is handmade, performance-tuned using precision instruments, and actually includes a performance report demonstrating that its specs are well capable of the task at hand.

LEO GX (Basic) ships with regular RF standard clock cable. All of the engineering detail that’s gone into the making of LEO GX means that it’s an amazingly pure environment for creating a frequency that is so fine, and so precise, that traditional descriptors for jitter and phase noise aren’t detailed enough to measure this clock’s performance.

A new description of performance

To understand the level of precision that LEO GX achieves, we need to move past traditional measurements and scales used to describe audio clock performance. Existing benchmarks are simply not detailed enough to accurately represent the resolution of which LEO GX is capable.

Instead, Allan deviation is used, which is the measure of variability in short-term clock performance and phase noise expressed in extraordinary detail. In the case of LEO GX, it’s like looking at phase noise closely enough to see graduations of +/-1Hz, or even +/-0.1Hz. The Allan deviation of the LEO GX Reference Master Clock measures at 2*10-12 (at 1 second). That’s equal to a 10MHz rubidium atomic clock with phase noise of +/-1Hz at -110dBc/Hz, or 500 times less jitter than an 82fs Femto clock oscillator. 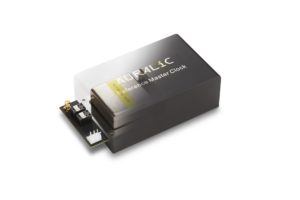 LEO GX and G Series Products
AURALiC built the LEO GX to enhance any system comprised of its G2 Series components, and its unique direct-to-DAC signal design works only with the VEGA G2 Streaming DAC for now. LEO takes the “X” designation however because its clocking duties will be globally applicable to future G Series systems as well. So if AURALiC offers next-generation models down the road (or budget-minded versions), LEO GX will remain compatible with any updated G DACs.

Whether streaming from Internet services or local music collections, AURALiC components let you discover, share and connect like never before, expanding the horizons of your audio system with new levels of functionality and performance. 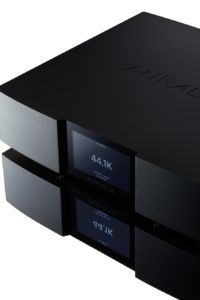